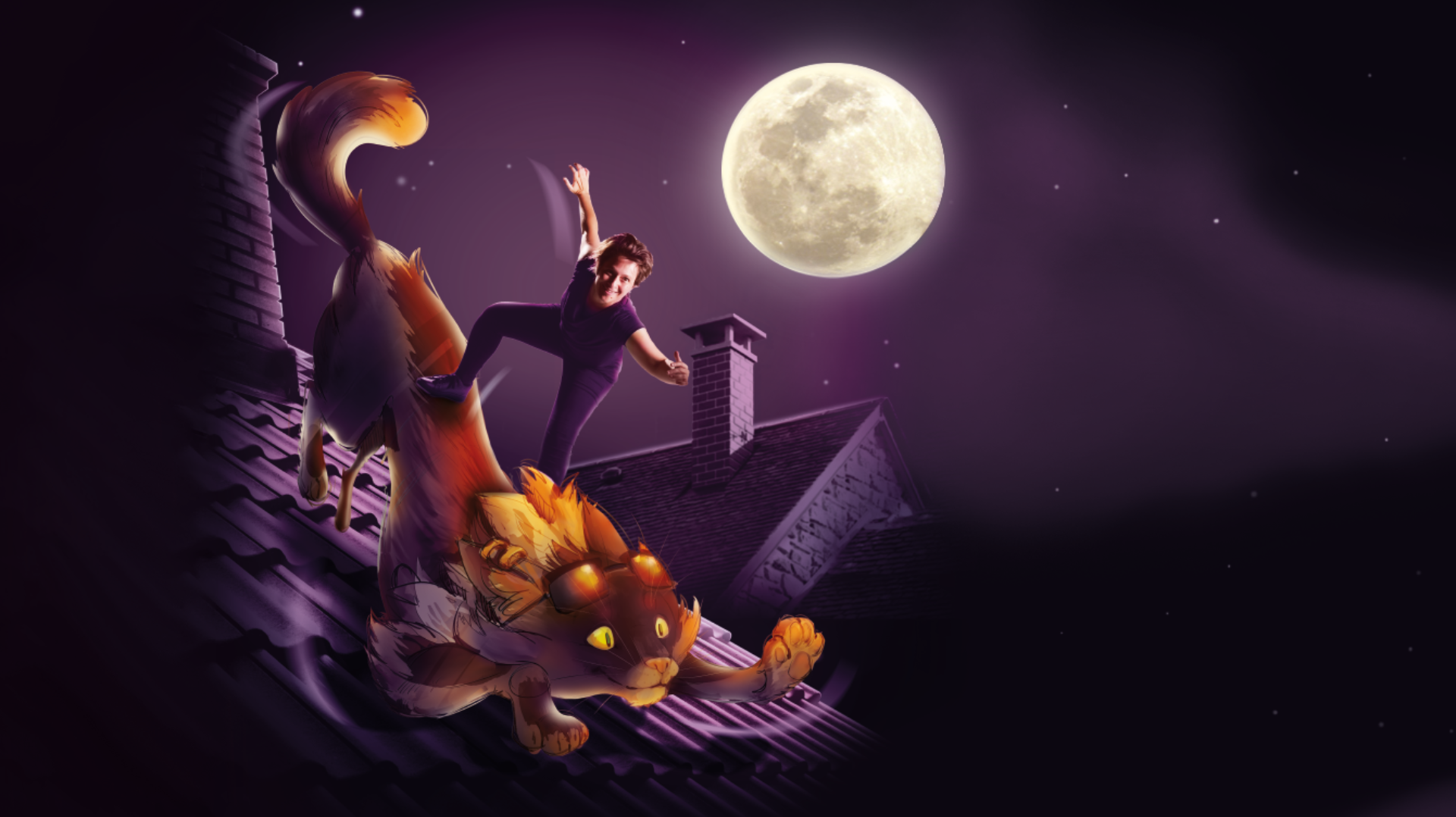 My Name is Johan

The Impulsez festival welcomes all forms of theatre disciplines, it is therefore not surprising to discover Mark Jane, a regular vistor to the festival, propose a show devised around mask work. Masks have been used by actors since the origins of theatre itself! Although improvising with masks is a rare artform.

Poetry, emotion and physical performance will be the key words in this unique show beautifully interpreted by Mark Jane and Steve Jarand.

An age old tradition, two modern actors and one hour of instant delight!
(Show in English)

Mark Jane is an actor, director and teacher who has specialized in improvised theatre since 1994. Orignally from England, in 1996 he moved to Paris where he pursued his acting career. He has worked with the masters of improvisation like Keith Johsntone, Mick Napier and Patti Stiles. In 2001 he was a founding member of the Improfessionals. With the Improfessionals Mark explored a wide range of improvisation styles and techniques: cabaret, long form, Gorilla, Maestro, improvised musicals, Trance Mask, Theatresports, Catch impro, Match d’impro…
In 2012 Mark supervised the French translation of Keith Johnstone’s book “Impro – Improvisation and theatre”. He is today one of the experts in France on Keith Johnstone’s work. His experience of various forms of improvisation in English and in French, plus his communicative passion for improvisation, make his workshop experiences rich and unique. In 2018 he published his book “Jeux et Enjeux: La boîte à outils de l’improvisation théâtrale”.

In 1987 Steve discovered improvisation at Loose Moose theatre in Calgary, Canada. Spontaneity and acceptation made sense to him, but his responsible side forced him to return to his schooling. He spent four years studying fine arts at the University of Calgary. But he couldn’t stop improvisation. He became a student of Keith Johnstone, who directed him in a production of “The Caucasian chalk circle” and his desire to explore theatre grew sending him on artistic adventures in Europe, South America, Africa, the Middle East and South East Asia. Between voyages he worked in the Rocky Mountain National Parks where he transformed nature into theatre. This is where he began to be interested in narrative, puppets and mask work. He has become one of the world specialists in the domain of Trance Mask.